The Winter Wolf is a hostile mob added by the Twilight Forest. These wolves are native to the Snowy Forest biome, and are much larger than the average Wolf, often seen as the Snowy Forest variant of the Mist Wolf. When a Winter Wolf spots a player, they will attack like any other Wolf, however a Winter Wolf may breathe an icy wind, which can inflict the player Slowness II (prior to 3.7.424) or Frosted (as of 3.7.424) for 5 seconds. Their breath attack, not only inflicts a slowing effect, but also deals 2 (

) damage every half second the player is exposed to the attack. A normal attack from a Winter Wolf deals 6 (

When slain, Winter Wolves drop up to 2 Arctic Fur. 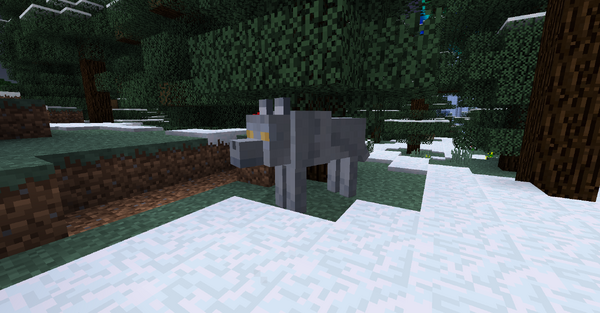