Wand of the Thaumaturge

The Wand of the Thaumaturge is a wand added by Thaumcraft 3. It is the final major upgrade to the Wand of the Apprentice and is upgraded from the Wand of the Adept. It is an essential tool to creating the most complex artifacts, with the ability to store four times more vis than its predecessor with a cap of 1000 vis.

As the wand sits in the player's hotbar, it will automatically draw vis from the aura until it reaches its cap.

Like its predecessors, it can be used in the Arcane Worktable or an Infusion Altar to draw vis directly from the Wand to create an item or block. For example to craft Enchanted Fabric in an Arcane Worktable the recipe will use 5 vis from the wand.

Its creation uses both a Wand of the Adept and 250 vis, meaning that a second, fully charged wand must be used in its creation in the wand slot of the Infusion Altar. 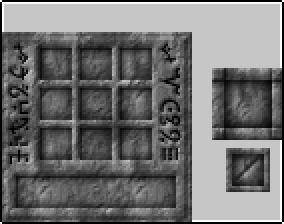 Right-clicking on a Table with the Wand will yield a placed Arcane Workbench. This does not cast vis.

Right-clicking on a Cauldron with the Wand will yield a placed Crucible. This costs 25 vis from the wand's stored vis.

Right-clicking on a placed Bookcase with the Wand will yield a Thaumonomicon to be picked up. This costs 25 vis from the wand's stored vis.

Placing this Wand in the wand slot of an Arcane Workbench or Infusion Altar will allow the user to craft magical items using vis from that wand.

Right-clicking on active Golems or placed unbreakable magic blocks such as the Warded Stone Blocks or the Arcane Door will cause that item to break and drop itself, so long as it is done by the caster that placed said block.

When the wielder is wearing magical equipment such as the Thaumaturge's Robe a discount is provided to the Wand, visible on the vis storage indicator above the hotbar. The discounts from each piece of equipment stack. The following discounts are given: