A few little tweaks to the map (for technical accuracy):

(1) I've probably mistaken the names. But the transformations I have to try yet. Both Rotary Craft and ReactorCraft has blocks to transform "Shaft" or "Watt" into RF and others around. But I want to try this still in the game and installing an example in the guide. The other energies (EU, MJ and UE) are here in the FTB-wiki, given both, Rotary Craft as well as ReactorCraft, in the articles. But I will try out in the next few days, except for one of you has already accurate information on the mods ?! ~LuminousLizard

No they don't, Railcraft's is "steam" while IC2's "ic2steam". This is why they don't work in each other's machines. ~Choco

(1) I have never test it. It's only from the FTB-Wiki and the official page. Have you ever worked with? Maybe version differences ? ~LuminousLizard

It's never worked as they're different types of fluids. Like expecting biomass to fit in a steam engine. ~Choco again

Yeah, every other mod that adds steam works, but not IC2. ~Choco again

Technically not, as Buildcraft 5 used MJ and that was for 1.7.10. That label is just a little too broad ~Choco

For completeness, really MJ should be kept. And IC2 uses it's own steam to keep balance. Since so many mods can make normal steam, it pushes people to have to use the IC2 system. Quite clever really. Chocohead Nag• Edits• Staff 23:02, 25 January 2015 (UTC)

(1) I would leave it like that MJ system yet. MJ is currently still in BuildCraft included (meaning it can be used). but I still have no idea how I version differences should enter in the overview. Since there is still more changes. I will correct the table and the overview in the next time !

In honor of you pretty much finishing the documentation of Project Red (excluding the Pressure Resistance tube :P and pictures of the two natural structures), here is a drawing of a Lizard that is Luminous :D 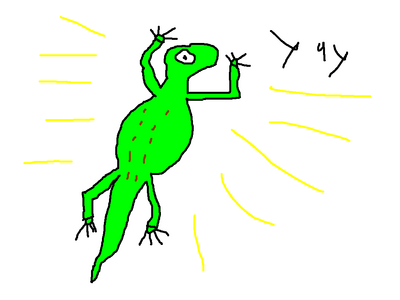 (I'm obviously not an artist, although to be fair it would of been easier on paper instead of using PaintBrush)

I found this in a web search though, kind of cool.

Your signature is linking to UserWiki:LuminousLizard, which is not a page apparently. You should fix this. -- SatanicSantaFTB Wiki Admin 23:59, 19 April 2016 (UTC)

A very good example of a problem I had in the past often at the FTB Wiki. My changes ... especially "tilesheet updates" and "picture updates" .. are not displayed correcly for me until the following day. Two examples:

I corrected and uploaded the image of a template of Sokratis12gr => http://ftb.gamepedia.com/File:GUI_Ulti-Tech.png . However, the texture of the old image is displayed with the size of the new image. To see in the screenshot of Sokratis12gr and me. The images in the middle are exactly the ones we want and which I have uploaded, but the actual picture always shows the wrong picture. Even if we restore one from the center.

I have a similar problem with tilesheet updates. The last one was Mekanism. I have updated the tilesheet and then I had a navbox, with all the icons were messed up. Have also asked Xbony2 and Retep998 in the IRC channel as it looks with them and they had no problems. I even switched from Linux to my windows partition but there the same picture. Only one day later, the symbols were right ... without anyone changing anything. --LuminousLizard FTB Wiki Staff de-N / "en-2" (talk) 20:33, 22 December 2016 (UTC)

That's simply because of the way Curse does their caches; it's not anything on your (or our) side, and you can't really do anything about it. I discovered that re-uploading the file under a different name and then deleting the original file was a way to get around it, but it's less messy to just wait. -Xbony2 (talk) 22:43, 22 December 2016 (UTC)

I'm sure there was a way you could force update it by deleting your own cached version of it, but haven't had to in months so don't remember how. Chocohead Nag• Edits• Staff 22:48, 22 December 2016 (UTC)

Sometimes an old version is cached in your browser and you can get around that by doing a hard refresh (ctrl + F5 in firefox). If that doesn't work, then you just have to wait a bit for curse's caches to pick up the new version. Sometimes Curse will even serve an old version in their cache to one person and a new version to another person. 🐇Retep998🐇🐰Bunny Overlord🐰 00:04, 23 December 2016 (UTC)

Thanks for the explanation. It's definitely not a client side problem as Xbony2 has said. I have done a "Hard Refresh" of Firefox, some minutes later I switched to my windows partition and there in Firefox the same result is displayed. And yesterday after the edit via Firefox I additionally installed Opera to see if the same result is displayed to me. And yes it was the same -.- ! But OK ... then I have to live with it. For the pictures I use the method of Chocohead in the future. --LuminousLizard FTB Wiki Staff de-N / "en-2" (talk) 22:27, 23 December 2016 (UTC)

Hi Lizard. The Robot Miner page is currently referencing the BCTI tilesheet at size 16, which does not exist. Was there a reason you decided to only do 32px, "Separate tilesheet for the trigger icons of BuildCraft (BC 7.1.14) (only 32px)," and if so should that {{Pn}} invocation get updated to use 32 for its size parameter? -- SatanicSanta🎅FTB Wiki Admin 16:49, 3 July 2017 (UTC)

I don't know why this page is referencing to BCTI at size 16 ? All links, e.g , have no size detail and thus 32px is used by default ?! Or do I understand something wrong here? The BCTI tilesheet is only used for demonstration of the setting possibilities in the gates. The 16px size was to small and since these are also no objects, they are not needed for infoboxes either. That's why I left out the 16px. --LuminousLizard FTB Wiki Staff de-N / "en-2" (talk) 17:26, 5 July 2017 (UTC)