View source
watch 02:30
Dead Cells Final DLC - The Loop
Do you like this video?
Play Sound

Trident is a Feed The Beast and CurseForge modpack created by the FTB Team. This modpack is focused heavily around player-vs-player styled gameplay. It adds mods featuring things like advanced combat mechanics, new weapon creation, and vehicles. As described by its name (trident), it is designed for faction servers with three individual factions battling against each other in a war-style game. 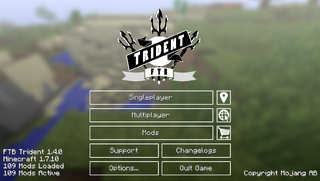