Cult of the Full Hub (or Team CoFH, CoFH) is a modding team responsible for popular mods including Thermal Expansion, Thermal Dynamics, Thermal Foundation, CoFH Core, and more. The name originates from the 1990's when its founders, King Lemming and Cynycal, made a LAN gaming group with the purpose of filling the group to its 8-person cap, hence the name Cult of the Full Hub.[1]

In 2012, the name Cult of the Full Hub would be shortened and used again by King Lemming and Cynycal to found their Minecraft modding team as Team CoFH. It served as a way for King Lemming to learn Java and for the two to use their programming skills to make fun mods for themselves and others. Their original project was named Brewcraft; it served as a farming mod and brought an overhaul to the potion system. This project was abandoned when King Lemming was experimenting and created a furnace that operated on Minecraft Joules instead of normal fuel and continued to make similar-functioning blocks. These collection of blocks would turn into the first version of Thermal Expansion released for Minecraft 1.2. 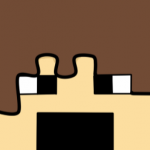