Feed The Beast Wiki
Register
Don't have an account?
Sign In
Advertisement
in: Sulfur, Vanilla, Artifice,
and 15 more

This page is about Sulfur. For the different spelling of the same element, see Sulphur.

Sulfur is a non-metal and an element added by various mods. Natura and Thermal Expansion 3 also adds their own sulfur variants, but their versions are not interchangeable with the others.

As added by Vanilla
Main article: Sulfur on the Minecraft Wiki

As added by Artifice

As added by Forestry

Sulfur can be randomly found in nether fortress' chests and is used to brew Mustard Gas grenades. It is added to the Ore Dictionary with the tag dustSulfur.

Sulfur is currently only used to craft the Advanced RE-Battery. 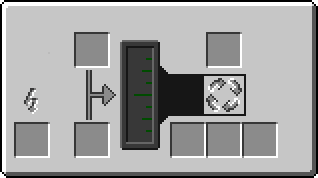 As added by Mekanism

Sulfur can be extracted out of Coal with the PRC. For this process the PRC requires Water and Oxygen.

Molten Sulfur is created by passing Sulfur through a Melter.

As added by Railcraft

Sulfur Ore only spawns in Extreme Hills biome around lava lakes, but it is extremely common there.

As added by The Vegan Option

Sulfur has a 2% chance to drop from Netherrack when broken. It can used to craft Gunpowder, with the following recipe:

As added by Thermal Expansion

Sulfur is a byproduct of pulverizing Nether materials in the Pulverizer. It can be used to create Gunpowder or can be further pulverized to create Sulfur from Factorization.

As added by Thermal Foundation