The Stable Ice Core is a hostile mob added by Twilight Forest. It is found guarding the halls and towers of the Aurora Palace.

The Stable Ice Core is a pale blue, floating mob, surrounded by a nimbus of ice spices. It will attempt to maintain some distance, attacking with a damaging snowball. When it dies, it turns red and explodes. Covering the floor with a brown, carpet like substances and turning some of the arora blocks into muti colored glass 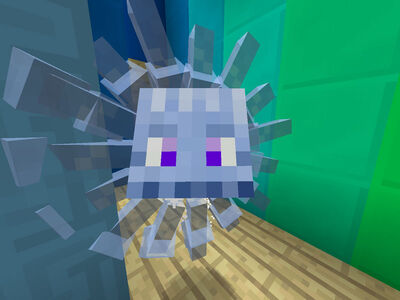