This page is about the Spongebob Mod created by BlazeKnocker. For other uses, see SpongeBob SquarePants Mod.

Spongebob Mod is a mod created by BlazeKnocker. It adds a variety of content related to the popular television series, SpongeBob SquarePants. It adds new creatures representing characters in the show, like Plankton, new armor based on clothing in the series, new items based on objects in the series, and new structures like SpongeBob's house. 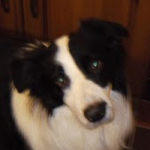