The Sequencer is a Redstone logic machine added by RFTools. It is used to send a pre-programmed sequence of Redstone logic pulses in response to a signal.

The Sequencer's interface consists of an 8x8 grid of dots that represent logical ON/OFF states, Clear and Fill buttons that turn all the dots on or off, a mode selector and a delay setting. The mode selector offers 8 choices: 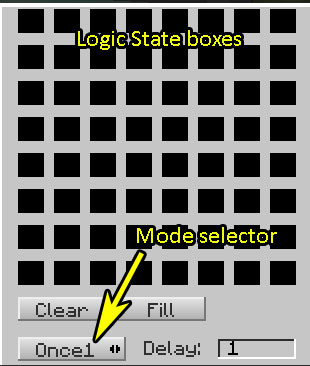