This page is about the Rock Smashed added by Flaxbeard's Steam Power. For other uses, see Rock Smasher.

The Rock Smasher is a block, and multi-block structure, from the Flaxbeard's Steam Power mod. It is used to process ores into Smashed Ores, and, if Railcraft is installed, Smashed Poor Ore. It can also be used to process cobblestone to gravel to sand, and other generic grinding/pulverizing/macerating recipes. To grind blocks, they must be placed between the two Rock Smasher blocks. Eventually, when supplied with enough steam, they will push their pistons and grind the block. The result will be dropped between the pistons, but as there is a solid block there, may tend to fly around.

The chance that an additional second Smashed Ore will be dropped can be changed in the configuration file, and defaults to one in four.

There are two modes of the Rock Smasher, Block Breaker and Smashing. Block Breaker mode will simply break the block placed between them, without dropping anything new. Smashing mode will smash the materials into processed versions, as described above. The mode can be changed with a Pipe Wrench, by sneak+using the tool on one of the blocks. Only one of the blocks needs to be changed; the other will automatically be changed.

The construction of the Rock Smasher is very simple. It requires 2 Rock Smasher blocks, which means it needs 6 Iron Ingots or Plates, 6 Brass Ingots or Brass Plates, and 6 Brass Pistons. The two blocks should be placed with the iron side facing inward toward each other, with a single block in between them. Then, the ores can be placed in the empty block between them. When they have enough steam, they will push their pistons forward and destroy the block, dropping the according drop. 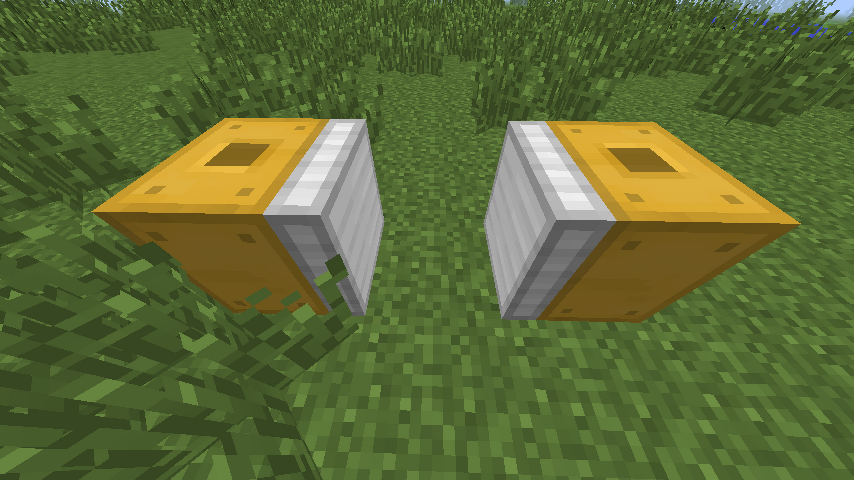