Entering and Exiting the RioV Dimension 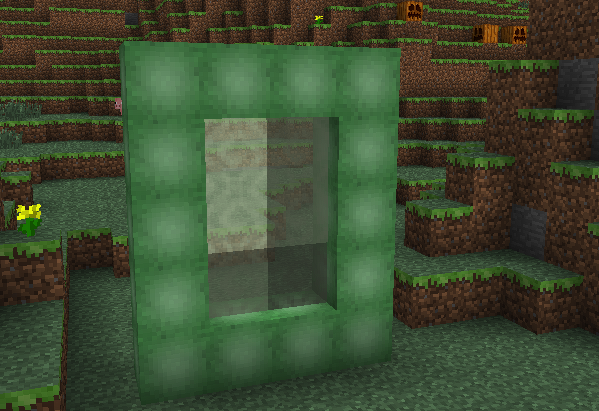 Entering the RioV Dimension is similar to entering The Nether. However, instead of using Obsidian, Ermyst Blocks are used. Additionally, the portal is activated with a RioV Activator rather then Flint and Steel (or something else then generates fire). The RioV portal should be created in The Overworld rather then another dimension.

Similar to The Nether, when entering the RioV Dimension another portal is auto-generated within the new dimension.

The RioV portal makes noise, like the Nether Portal. 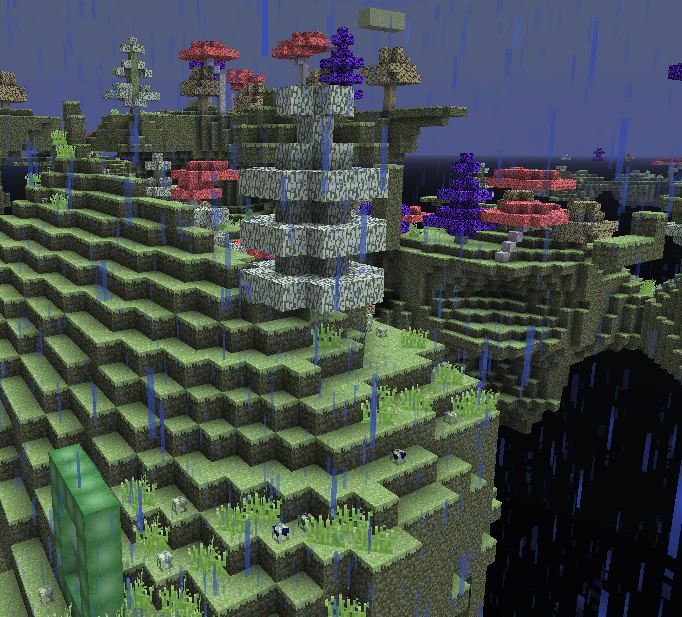 The RioV Dimension contains many floating islands, similar to The End. Unlike it though, each island is made of several materials. The base of the islands is made of RioV Dirt, while the surface is usually made of RioV Grass. The surface has scattered Vri, Sky, Trivu and Cer Trees all throughout the dimension. The surface also has scattered RioV Tall Grass and various bushes: the RioV Bush, the Ermyst Bush, the Trivu Bush, the Cer Bush and the Sky Bush.

On larger islands, big areas of Sky Stone will spawn. In the areas, various ores can spawn, including Unix and Oni Ore, which is needed to go the next dimension.

Among the islands, various RioV Towers spawn. These contain a Mini Boss Spawner.

Like The Overworld, the RioV Dimension has a sequence of day and night, with clouds and rain.

Many different mobs spawn in the RioV Dimension. These include: