The Questing Ram is a friendly boss animal added by Twilight Forest. He is found in the Quest Grove, which can only be found in the Enchanted Forest biome. Unlike other bosses, this animal is not meant to be slain. Instead, the player is supposed to complete his Quest of giving it Wool in every color. Wool can be given to him by dropping the Wool under the Ram, or by using the Wool on him. Each time a block of Wool is given his body will elongate and a stripe of that color wool will be added to his body. When his quest is complete, he will drop a Block of Diamond, Lapis Lazuli Block, Block of Iron, Block of Emerald, Block of Gold, and a Crumble Horn. The Quest Ram has 70 ( 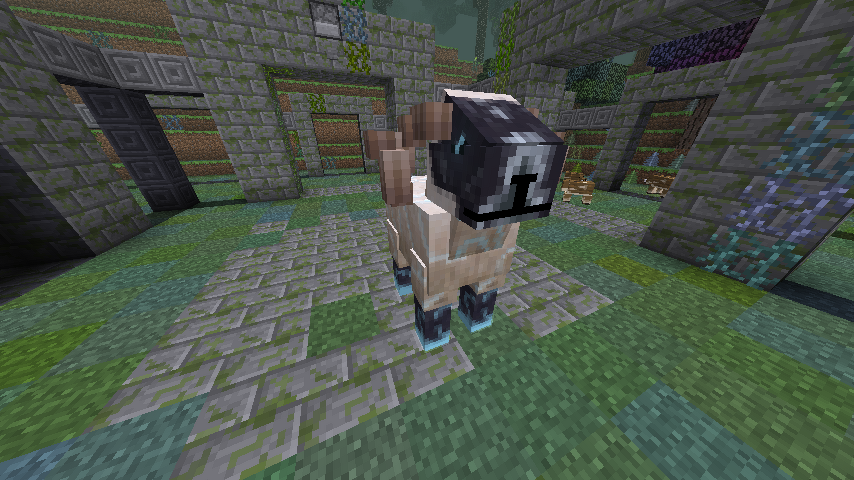 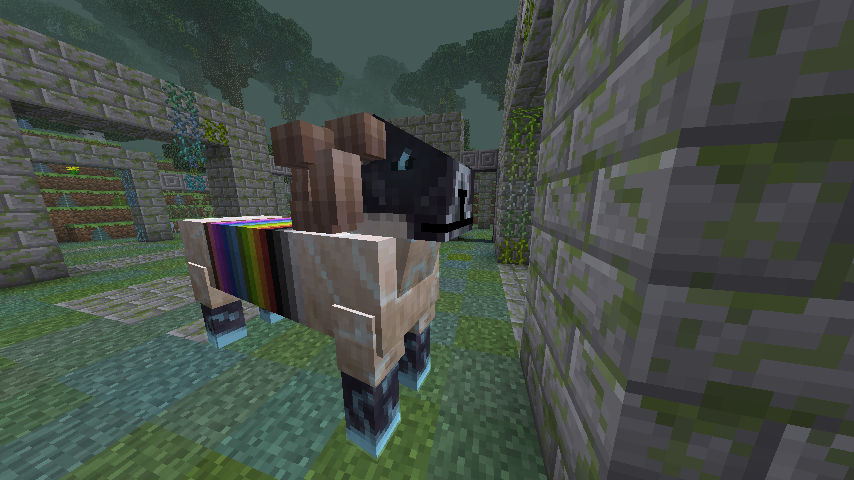