The Network Latency Pipe is a pipe added by Project Red since v4.7.0pre11. It is a special version of the Item Transport pipe and can be used in a pipe system to control the routing path (see Usage). Thus, this pipe has the same function for the pipe system, as the Pressure Resistance tube for the tube system. 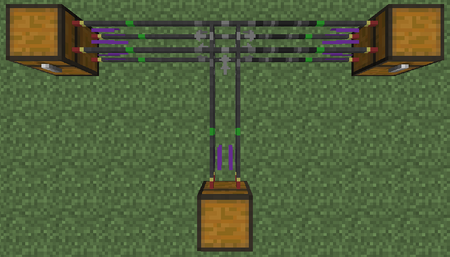 A demonstration of the Network Latency Pipe (in the upper right pipeline) to prefer the transport to the left chest.