The Nabe is a machine added by Better With Addons. It is used to make Tea and poison to make Poisoned Ya.

To work it requires a heat source below it, such as a Fire, and Water to be inserted into it. This can be done by letting Water flow over it, which will instantly fill it. Up to 6 ingredients can then be dropped from the top, and once a valid recipe is formed it will start emitting smoke. All recipes take 50 seconds to complete.

Tea is made using any combination of Tea Leaves, Wilted Tea Leaves, Soaked Tea Leaves or Tea of any kind (including Matcha and Houjicha), Milk and Sugar. At least 3 items with at least 2 of them being Tea related must be inserted in order to start the craft.

The two tea items with the highest counts will have their positive and negative effects added to the final tea, while the others are discarded. Tea Leaves and Wilted Tea Leaves and such of the same tea type are considered distinct tea items. Each Milk Bucket removes one negative effect, and each Sugar increases the strength for a positive effect by 1 (unless it's at level III or above already). If both an effect and its opposite are present (such as Strength and Weakness), then the negative one is removed.

Finally, the duration of all effects is multiplied by the strength of the tea. The strength of each of the two chosen tea items depends on the type of the item, and the highest of the two is chosen for the final tea's strength.

Once completed, using a Teacup will fill it with the crafted tea. Each craft can fill 3 Teacups.

Ceremonial Tea is crafted with 6 Matcha. It has 3 random positive effects and 1 random negative effects. Each craft can fill 3 Teacups. 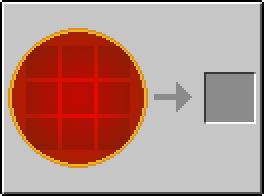