This page is about the Meta-Tools added by GregTech 5. For other uses, see Meta-Tools.

GregTech 5, like many mods, adds several tools for mining or block manipulation. However, GregTech tools are not like the tools from other mods. GregTech tools are known as Meta-Tools, as they are generated as a part of the GregTech material dictionary Meta-Item system. All Meta-Tools have their own uses, but they also have certain properties shared across all of them.

Each Meta-Tool can only be used to break blocks appropriate to a tool. Unlike the Vanilla tool, a Pickaxe Meta-Tool may not break dirt, crops, torches, or any other block that is not explicitly harvestable by a Pickaxe. Likewise for each other type of tool - hoes may only harvest crops, swords and knives may only harvest leaves and cobwebs, and some outlier tools like crowbars may only harvest rail tracks, mining pipes, and select other blocks. The Universal Spade has the widest range of harvest ability, able to harvest anything that can be harvested by a Shovel, Saw, or Crowbar.

While other mods add individual tools for each of their materials, each tool an individual item, GregTech creates a set of tool templates, and fills in their material, properties, and durability as NBT data. As a result, when a GregTech tool is looked up in NEI, it will show a tool that has 0/0 durability, no coloration, and extremely low mining speed and attack damage statistics. Upon looking up the recipes for a Meta-Tool, there will be pages upon pages of them, each resulting in a tool with a differently colored head and made of a different material. Most Meta-Tools can be crafted out of almost any metal and many crystals, and will have mining speed, attack damage, mining level, and durability values corresponding to that metal. The most basic Meta-Tools are made of Flint, and are usually the main tools in the early game, since GregTech significantly reduces the durability of Vanilla tools.

The most noticeable aspect of the Meta-Tools is that they all appear to have absurdly high durability. The weakest tools have 3200 durability, most of the good ones have amounts in the hundreds of thousands. However, this absurdly high durability is somewhat misleading, as GregTech Meta-Tools take much more damage when used than conventional tools do. More importantly, when Meta-Tools are used to break blocks, they take durability damage proportional to the hardness of the broken block. Using a Shovel on a block of Sand causes it to take 25 damage; on a block of Gravel, 30 damage. Breaking a block of Stone deals 75 damage to a Pickaxe. Most Ores deal either 100 or 150 damage. Tools used for crafting will take between 100 and 800 damage, depending on the type of tool.

Meta-Tools cannot be enchanted in an Enchanting Table, but most materials give certain enchantment effects to tools they are made of. For example, Bronze, Iron, and Steel Swords gain levels of Sharpness. See #Material Properties for a list of all usable materials for most tools, including their Durability, Mining Speed, and innate Enchantment properties.

Common tools are crafted out of a Tool Head and a Stick. This gives the convenience that, when leaving for a mining run, a miner can take a stack of Sticks and several Tool Heads, allowing them to carry extra tools without having to give each extra tool its own inventory slot. Up to 16 of the same tool head can fit in a single inventory slot.

Meta-Tools also come in electric versions. #Electric Meta-Tools are more durable than conventional meta-tools, but must be charged and consume EU while in use. Electric Meta-Tools are not unbreakable the way other mods' powered tools are; every time they are used they have a 4% chance to take durability damage. Electric tools have increased mining speed when compared to basic tools, and the HV Drill can break blocks at one level above its head's material's normal mining level. The JackHammer is the fastest tool in GregTech, operating at 12x the speed of a standard Pickaxe of a given material, but it can only be used to break blocks that may be mined with an ordinary Pickaxe (unlike the Drill, it cannot break Shovel-harvestable blocks). While electric Meta-Tools can break, they can also be disassembled via the Disassembler. This allows the parts from damaged Drills and Chainsaws to be re-used, which can significantly reduce material expenses.

Vanilla tools are still functional, but their durability is greatly reduced. The recipes of tools made with Gold, Iron, and Diamond are changed to require a File and Hammer to craft. Vanilla tools are still a viable alternative to Meta-Tools. Since their durability loss per block broken is constant, when breaking hard blocks such as Obsidian, a Vanilla tool will be able to break many more blocks than the corresponding Meta-Tool before running out of durability.

Electric tools have a 4% chance of taking durability damage when used. When the tool's durability is depleted, it will be destroyed as usual. An electric tool with any amount of durability may be placed in a Disassembler to recover some or all of its components.

* Requires a Smashable, non-Bouncy tool material. This excludes Wood, Rubber, Plastic, Gems, most types of Stone and softer materials such as Redstone and Saltpeter.

The material's Tier reflects the quality of the material. This determines its Mining Level, restricting which blocks a tool of the given material may break or harvest. For example, to mine Diamond or Obsidian requires a Tier 3 tool or higher. 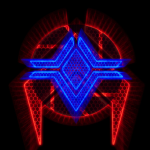