Liquid Dyes are liquids added by XyCraft that come in all 16 Minecraft colors. When put into a container, the liquids can replace vanilla dyes in any recipes that requires them.

Currently, Liquid Dyes can only be obtained by using a Thermal Expansion 2 Magma Crucible or a Forestry Squeezer. In future versions of XyCraft, there will be a multiblock machine that can be used to create them. Another feature coming in future versions is the ability to make them renewable so that you don't always have to go looking for dyes.

Liquid dyes can be stored in tanks as decoration or used as a substitute in crafting recipes that use vanilla dyes. 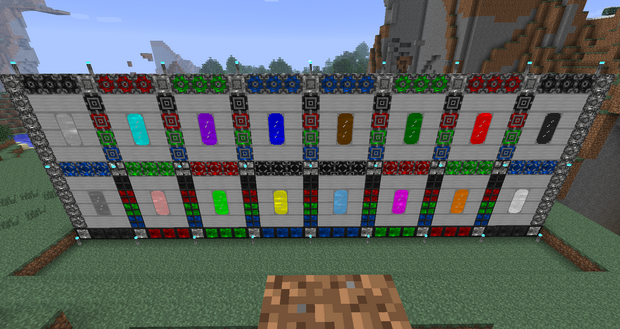