Feed The Beast Wiki
Register
Don't have an account?
Sign In
Advertisement
in: GregTech 5/en, Energy production/en, Steam/en, Machines that use liquid fuels/en

The Large Heat Exchanger is a multiblock Machine in GregTech 5 Unofficial for producing Steam or Superheated Steam from Hot Coolant (produced in IC2 Reactor) or Lava.

The Large Heat Exchanger is a 3x4x3 structure build of Stable Titanium Casings (at least 24). The two center blocks are Titanium Pipe Machine Casings. The Controller is placed in the bottom center. It needs an Input Hatch at the bottom center and one Output Hatch at the top center (Hot fluid input/cold fluid output). Any Titanium casings can be used for input hatches(distilled water) or output hatches (superheated steam or steam).

It also needs a Maintenance Hatch. No Energy Hatch is needed.

Be advised: this machine can explode if it is not supplied distilled water. Other liquids, such as regular water, will neither function to create steam nor prevent these explosions. 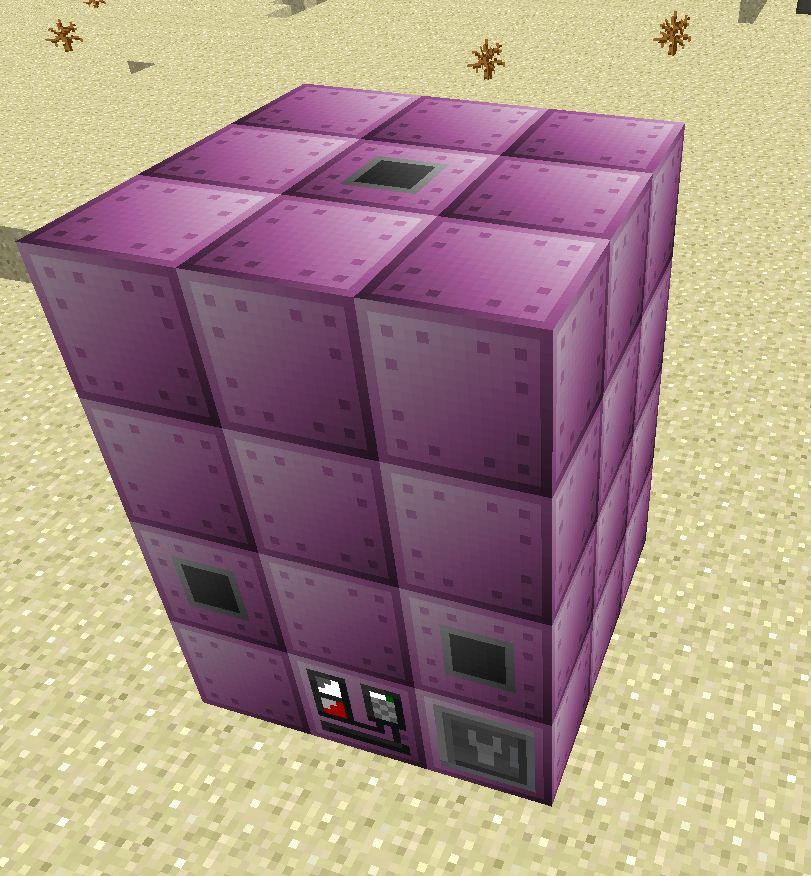 Once the Multiblock has formed, resolve maintenance issues. To start it, hit it with a soft hammer.

The heat exchanger takes Hot Fluid once per second (every 20 ticks) and outputs Steam. It can consume up to 8000L Hot Coolant or 2000L Lava at once.

If the Heat Exchanger consumes at least 50% of its capacity (4000L/sec Hot Coolant or 1000L/sec Lava), it instead outputs Superheated Steam (50% less as it would output Steam).

Cooled down Lava is returned as Pahoehoe Lava that can be centrifuged for metals more efficiently than hot Lava.

By default, the Large Heat Exchanger only creates superheated steam if 4000L/s Hot Coolant or 1000L/s Lava is provided. By adding an integrated circuit to the LHE Controller UI, you can lower this threshold at the cost of some efficiency.