From Feed The Beast Wiki
Jump to: navigation, search
This page is a translated version of the page Large Boiler and the translation is 2% complete.

A Large Boiler can be built from Bronze, Steel, Titanium or Tungstensteel. All versions Burn fuel at the same rate, but produce Steam at different rates.

The Large Boiler is constructed as a 3x3x5 Structure. The bottom Layer has the Controller in the middle front. Other parts of the bottom layer are:

The top 4 layers are made of rings of Bronze Plated Bricks/Solid Steel Machine Casings/Stable Titanium Casings/Robust Tugstensteel Casings (33 blocks total), with 3 Pipe Machine Casings in the center. Up to 9 of the Casings can be exchanged with Output Hatches, from which Steam is output. 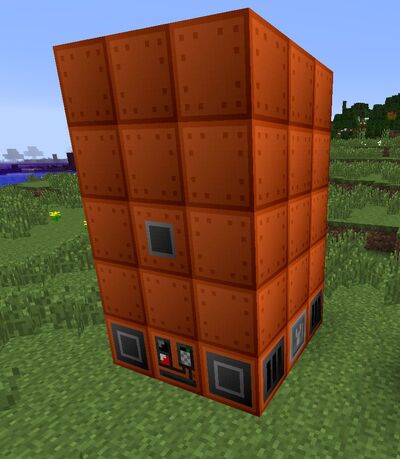 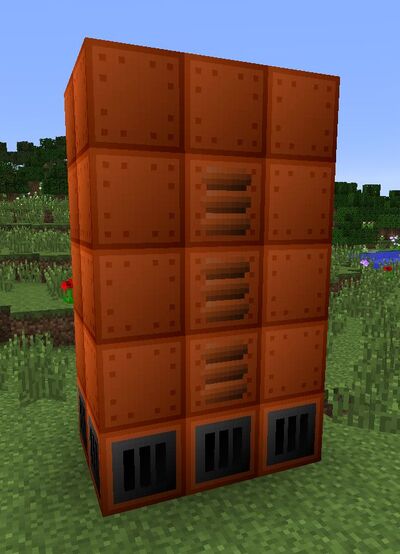 The Boiler can burn almost all forms of solid and liquid fuel, except lava. However, it is 20% less fuel efficient when burning refined fuels. (Refined fuels are fuels that can be burned in a Diesel Generator.)

Large Boilers must contain water at all times while active. If at any point the Boiler runs out of water while it is active, it will explode. As of GregTech 5 Unofficial version 5.08.30, the Large Boiler can use either Water or Distilled Water

Note: This is different from other boilers, and much more dangerous due to the Large Boiler's size.

As with all other GregTech Multiblock Machines: Do not build a Multiblock over chunk borders. This can lead to unpredictable behavior, including wasted fuel and steam and easily including explosions due to loss of water. With NEI installed, chunk borders can be checked by pressing F9 (by default).

Before using Large Boiler the first time, maintenance must be performed at the Maintenance Hatch.

To enable/disable a Boiler, hit it with a Soft Hammer.

Steam Produced During Heating' figures apply to all Large Boiler fuels except for Diesel, Ethanol, and Nitro-Diesel (the Diesel Generator fuels).

The important thing to note from this chart is the Steam per Charcoal efficiency, notably of the Large Bronze Boiler, especially when compared to the High Pressure Coal Boiler.

“
”
[W]hen the boiler is at max temperature, a lump of charcoal will last 160 seconds, equating to 48,000 Liters of steam.
— High Pressure Coal Boiler

Therefore, when compared with the High Pressure Coal Boiler, the Large Bronze Boiler:

The Large Boiler is an excellent way of producing large quantities of Steam with which to power a factory, but it cannot hold a candle to the High Pressure Coal Boiler if fuel consumption is a major concern.

In GregTech 5 Unofficial Experimental version 5.09.00, Large Boiler efficiency was increased across the board.