Feed The Beast Wiki
Register
Don't have an account?
Sign In
Advertisement
in: Iron, Vanilla, Aquaculture 2,
and 15 more

Iron is a material and an element added by various mods.

As added by Vanilla
Main article: Iron on the Minecraft Wiki

As added by Aquaculture 2

As added by Esteemed Innovation

Esteemed Innovation adds the Thin Plate and Nugget variations of the Iron material. The Thin Iron Plate can be created by melting Iron Ingots in a heated Crucible, and then pouring that molten metal into a Mold with a Plate Mold. Likewise, a Mold with a Nugget Mold can be used to cast Iron Nuggets.

As added by Flaxbeard's Steam Power

Flaxbeard's Steam Power only adds the plate and nugget variations of the Iron material. The Iron Plate can be created by throwing Iron Ingots into a heated Crucible, and then pouring that molten metal into a Mold with a Plate Mold. Six nuggets are used in the creation of a Plate, which makes it unable to be used in other mod's recipes requiring their own Iron Plates.

As added by Garden Stuff

As added by Immersive Engineering

Iron Plates are used to create the Fluid Pipe. 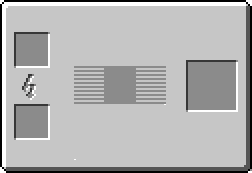 As added by Magic Bees

As added by Mystical Agriculture

As added by Railcraft

As added by Tesla Core Lib

As added by Thaumcraft 4

Thaumcraft adds the Nugget variation of Iron as well as other metals. These nuggets can be crafted into wand caps, although (with the exception of Gold and Copper) higher-tier metals will need to be charged in an Infusion Altar.