Although the in-game book specifically shows a downwards facing piston the facing doesn't matter. As of 1/18/2021 the piston must face downward. After it is fully arranged, right-click on the central Wooden Barrel from between the light engineering blocks and the redstone engineering blocks with an Engineer's Hammer to complete the multiblock structure. 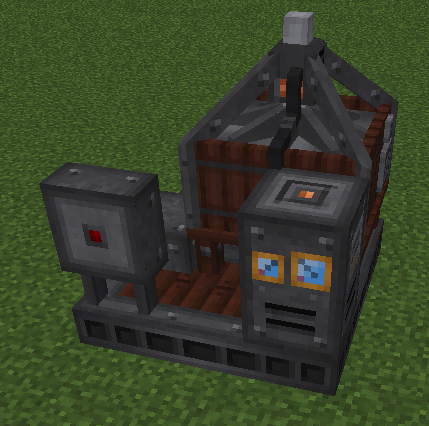 After it is fully arranged, right-click one of the Industrial Squeezer blocks with an Engineer's Hammer to complete the multiblock structure. 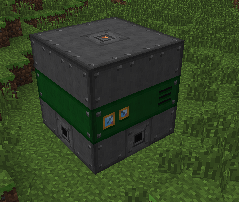 Putting a seed in one of the left-hand slots will start the process. 800 Redstone Flux (RF) is consumed per use. After about a second, the seed will be converted to Plant Oil.

Pre-1.8, RF energy can be transferred into the top and bottom central blocks, and Plant Oil can be extracted from the bottom-central block of each side. The latest version accepts RF from the top of the top light engineering block.