View source
watch 02:30
Dead Cells Final DLC - The Loop
Do you like this video?
Play Sound
This page contains changes which are not marked for translation.

What mods will work with Witchery?

What should I have before I begin?

To start, you will need to create a Witches Oven. The Witches Oven is used to create the various Fumes from Witchery, which are very necessary in the future. The main fume that is needed is the Exhale of the Horned One, because it is used in creating Mutandis.

After you have this machine, plop it down and feed it some Oak Saplings and fuel. Don't forget to add your Clay Jars to capture the fumes. This is for the Exhale of the Horned One, which, as stated, is used in creating Mutandis. So, create your fume, and while it is cooking you may want to begin gathering Eggs and Mandrake Roots if you have not already done so. 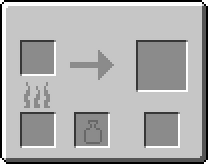 Once you have a fair amount of the fume, Eggs, and Mandrake Roots, you will notice that you also have a lot of Wood Ash. You will want to keep this, as it is very useful later on in the mod.

Now you will want to create a Witch's Cauldron. This machine is used for making many components, tools, and brews from Witchery. You will first have to create Anointing Paste, which is made by shapelessly crafting Snowbell, Belladonna, Mandrake, and Water Artichoke seeds. Use this paste on a Vanilla Cauldron and a Witch's Cauldron will be dropped. This machine requires a heat source of fire underneath it, so netherrack may be useful to obtain.

Create a bunch of Mutandis. Mutandis is used in mutating plants into other plants, which would not normally be available. 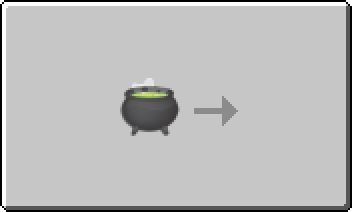 You will now want to use Mutandis on a non-staged plant to morph it into another plant. The main plant you would like right now is the Rowan Sapling, but it might be a good idea to get the Hawthorn and Alder Saplings while you have this large stock of Mutandis. Other Witchery plants such as Glint Weeds and Spanish Moss may be a good idea to grab too, but they are not necessary for this guide.

Now that you have Rowan Saplings, it's time to grow them. They are about as large as Oak Trees, and can be grown on any grass block. They can also be grown quicker with Bone Meal, assuming you still have some from the Mutandis creation. You will need at least 4 Rowan Wood blocks, but it might be smart to get as much as possible. I recommend keeping at least one of each sapling type at all times, because making Mutandis can become a boring and tedious task.

There are now two new fumes that you will need to get the main machine from the mod: the Exhale of the Horned One, and the Breath of the Goddess. You will need at least two of each.

Once you have these, grab a couple Glass Bottles and eight Stone Bricks. Fill the Glass Bottles with water and be prepared to create a multiblock structure. You will need to craft the Altar out of the various blocks and items you have created thus far.

You will need 6 Altar blocks to make the Altar. Place all 6 blocks in a 2x3 pattern where you would like the center point of your magical power to be. This can also be where you will perform your rituals, but you can also simply make two Altars.

From here you can choose to take various different paths. These paths include brewery, circle magic, voodoo, conjurations, dream weavers, infusions, vampirism, and lycanthropy. Throughout the rest of the guide you may see unknown fumes and items. To view how to create these items, simply click on them to view their according article.

Please view the Witchery guide list for information on all of the various types of witchcraft.