This page is about the Ent added by Witchery. For other uses, see Ent.

The Ent is a hostile monster added by Witchery. This monster is a large tree, similar to an Alder Tree. Their eyes will turn yellow, and they will begin to throw a tantrum when they are aggressive towards players.

× 100) health points. Axes are the most effective weapons against Ents that can be used by players. Damage dealt by axes or non-player mobs will be multiplied by 3; however, other forms of damage will be capped at 15 (

) damage. When killed, they may drop Alder, Hawthorn, and Rowan Saplings, as well as Ent Twigs. This is the only way to obtain Ent Twigs.

) points of damage and can also launch players far up into the air.

Ents will occasionally have a Bone Meal effect on the area of ground that they are standing on.

Breaking Rowan, Hawthorn, or Alder wood can result in the spawning of an Ent. For every neighboring log, the chance increases by 1%. Ents spawn between 8 and 16 blocks away in both horizontal directions, and between 0 and 6 blocks above the log that was broken. When spawned, spell and smoke particles will spawn, and skeleton horse death and harp sounds will play. 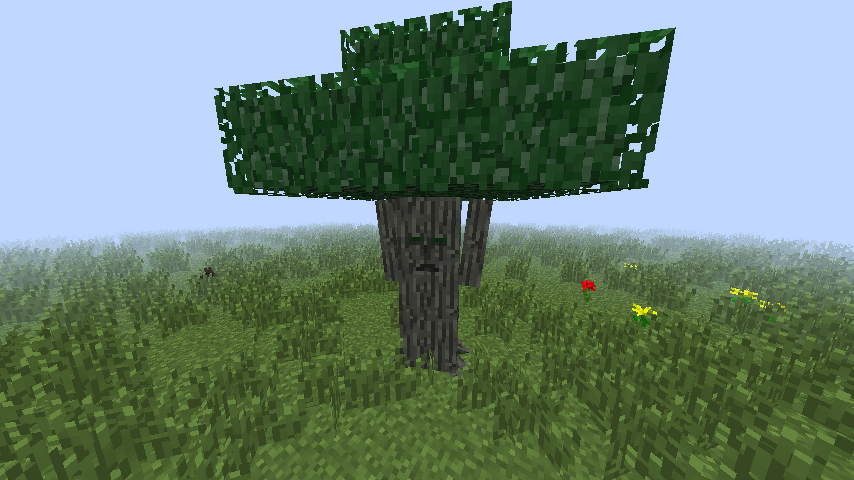