Feed The Beast Wiki
Register
Don't have an account?
Sign In
Advertisement
in: The Vegan Option, Multiblock machines, Refining/Fermenting

The Ender Rift is a multiblock device added by The Vegan Option. It allows for converting Water to Raw Ender in-world. When water is above the Ender Rift, it has a chance to turn into Raw Ender each tick. However, when this is performed in the day, it also has a chance of permanently deleting a random block within a 4 block radius of the rift. This effect does not occur during nighttime. When the player steps in the rift, they will be given nausea for five seconds. 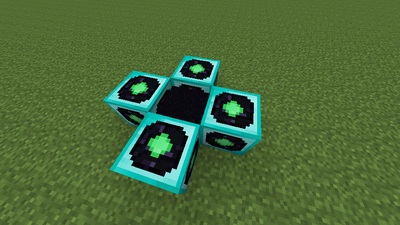