Feed The Beast Wiki
Register
Don't have an account?
Sign In
Advertisement
in: Botania, Flowers, Machines that use the sun,
and 2 more

This information pertains to an older version of the mod. This item was removed in Botania version R1.9 build 322.

The Daybloom is a flower added by Botania. It generates Mana from sunlight, and along with the Nightshade, is one of the simplest generating flowers. It was removed in version R1.9-322 of Botania. 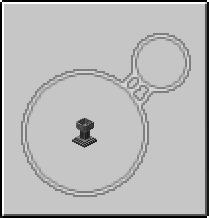 The Daybloom generates Mana passively, provided it is daytime, can see the sky, and not raining. Like all generating flowers, it can be bound to a Mana Spreader within 6 blocks of itself to transfer its Mana.

The Daybloom withers and dies after 3 Minecraft days, unless planted on Enchanted Soil from Overgrowth Seeds.

Prior to Botania R1.8 build 238, Dayblooms generated roughly twice as much mana, and would suffer from diminishing returns when placed adjacent to other Dayblooms.

Prior to Botania R1.7 build 222, the 3-day lifespan could be configured, and Enchanted Soil would increase Dayblooms' Mana production.

The Daybloom Primus is a rare form of Daybloom created in clusters of 4 to 5 (alongside 4-5 Nightshade Primuses) during world generation. Unlike the normal Daybloom, it does not expire after three days, and it generates Mana slightly faster, with the disadvantage that the flower can not be moved from its original location.