Canola Seeds are an item in RotaryCraft. They are planted on farmland as a crop, and they are ground in a Grinder to produce Lubricant and Canola Seed Husks.

Canola Seeds are obtained initially by breaking Grass and drop on rare occasion instead of vanilla Seeds. Once obtained, they can be planted and grown on farmland as would other crops. However, if they spend more than a few seconds on dry farmland, they will simply die and be lost. Canola Seeds have 9 growth steps. The final, harvestable growth step will be made obvious by the top of the plant being covered in bright yellow (flowers). When harvested, Canola plants drop between 2 and 26 seeds. This makes them very easy to farm en masse, a useful attribute given how rapidly they are consumed by larger factories.

Canola Seeds can be crafted into Dense Canola Seeds to save on storage space when not in use. 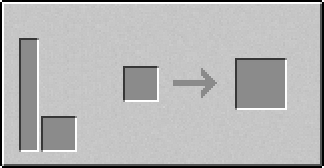