The Bus Converter is a redstone circuit added by Project Red since version 4.4.6. It is a logic gate for a specific circuit between Bundled Cables and Insulated Wires in two different modes (see Usage).

If the mod MineChem is installed, then you can decompose the Bus Converter with the Chemical Decomposer into specific chemical compounds of MineChem. 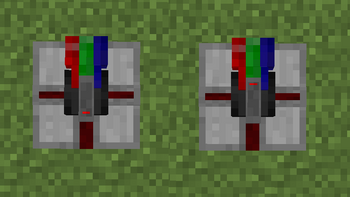 Picture 1: The Bus Converter from "Project Red" in the "Analog to Digital" mode (left) and the "Digital to Analog" mode (right)

Using the screwdriver from Project Red, the orientation of the gate can be changed freely in all four directions. If additional holding the crouch key you can switch the gate between his two modes ("Analog to Digital" and "Digital to Analog") [1].

In the "Analog to Digital" mode the Bus Converter transmitts a redstone signal only on the white channel if no signal reaches the gate on the analog input side.

If a redstone signal reaches the analog input, then both analog outputs are enabled and a redstone signal is transmitted on the digital output. The active channel of the digital output is depending on the strenght (respectively to distance of the source) of the incoming signal. This means that with an incoming analog signal which is generated directly in front of the gate or one field further (e.g. by a Redstone Torch) the black channel is activated.

As we said at the beginning, the active digital channel depents on the signal strength, which depends on the distance the redstone source. The following table shows this relationship. 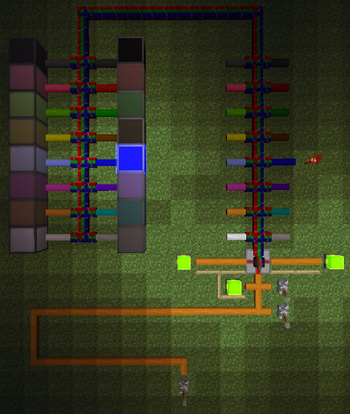 Picture 3: A complete construction with a Bus Converter in the "Digital to Analog" mode. The blue channel is activated by a redstone torch, whereby all outputs of the Bus Converter are activated.

In the "Digital to Analog" mode the Bus Converter transmitts a redstone signal on all analog outputs of the gate if at least one channel of the bundled input is active (shown in picture 3). How many and which channel don't care.