The Brew of Raising is a potion added by Witchery. When thrown, the Brew will break the block that it collides with and spawns a Skeleton, Zombie, or Zombie Pigman with the Nausea status effect for about 1,789,570 minutes. Due to their nausea, they will not usually be able to fight anything. If they are spawned at daytime, they will be lit on fire. If the potion is thrown at a wall, it will drop instead of performing a summoning.

This recipe requires 500 Altar Power. It can be performed in any dimension. The player does not need a Familiar to perform this recipe. 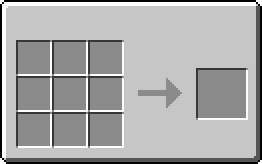