The Adherent is an aggressive mob added by Twilight Forest. It is a floating, blue-robed figure that can be found wandering the halls and chambers of the Final Castle. The Adherent attacks using a magical beam attack that inflicts damage and Poison on a successful hit. Like the Skeleton, Adherents will attack each other if caught in cross-fire. Due to this mob's effects, protection against poison effects (such as excess Milk) are usually used when venturing into The Castle. 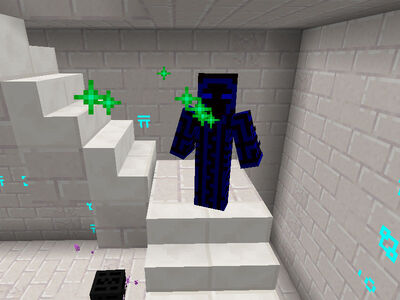